my brother is building an electric car 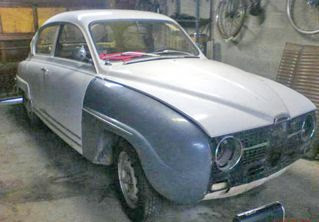 The standard method of automobile propulsion would appear unchallenged, unparalleled and unquestioned looking back over the course of a century. I haven't been one to theorize about conspiracies and sinister corporate or government plots...until recently.

In 1832, decades before the internal combustion engine (ICE), the first fully-electric vehicle was built.  These silent, zero-emission vehicles delivered abundant torque at any speed, thus eliminating the need for a complex drivetrain and transmission. The gas car eventually prevailed, due to its lower weight and better range. In 1996, electric cars re-emerged[1].  California's notorious air pollution prompted the state to pass legislation demanding that some vehicles sold in its borders be zero-emission.

Serious advances in technology over the past century enabled GM, Ford, Toyota and Honda to produce thousands of electric vehicles (EVs), although they fought it every step of the way. GM's "EV-1," for example, was capable of 110 to 160 miles per charge, 80 miles per hour, zero-to-sixty miles per hour in eight seconds and had the lowest drag coefficient [2] of any mass-produced vehicle. By 2002, with the help of G.W. Bush's White House, the automakers sued California regarding the new emissions regulation and won. All electric vehicles with the exception of a few hundred Toyota Rav4 EVs were taken back from the lessees, crushed and shredded. To finalize the fate of this innovative technology, GM sold controlling shares of its best battery patents to Chevron/Texaco.

After I learned about this "backwards into the future"[3] attitude, a little of my own research quickly shed light on an entire global community of people converting their old gas cars into 100% electric vehicles. I have joined this group of change advocates that now numbers well over 10,000.

Following months of research and with no prior automotive experience, I purchased an old rust-free Saab on eBay three months ago, intent on converting it to electric. Over the month of January I completely removed the ICE and everything ICE-related, i.e. gas lines, gas tank, exhaust system, muffler, etc. Also, a nine-inch, 170-pound DC electric motor is now mated with the existing transmission.

With my impressive torque and excessive RPMs , I'm planning to use second and third gears exclusively-- and without a clutch. That's gone, too! With the battery configuration I've chosen, partially due to budget, I am hoping for a 40 to 60 mile range (upgradeable!) and highway speeds.

Ninety percent of people in the U.S. drive fewer than 25 miles per day, as do I. The car will be

charged using a regular household 110-volt outlet.  My future plans would include installing photovoltaic (solar) panels on the roof of my house which would allow me to drive solely on the power of the sun.

Electric motors are many times more efficient than the ICE. A typical gas engine is only 18% efficient, with the majority of its energy given off in the form of waste heat. And for every gallon of gas burned, 19 pounds of CO2 are emitted into the atmosphere.  These figures are staggering to me.

There are numerous ways to generate electricity, some of which are very clean and all of which are domestic. Unlike dreams of running a car on hydrogen, the infrastructure for running a car on electricity is already here now--in every house[4], garage, street lamp and parking meter. A lengthy study by the U.S. Department of Energy suggests that with nighttime use, the existing grid could charge 84% of the country's cars, pick-ups and SUVs (198 million vehicles) while reducing our oil demand by 6.5 million barrels per day.

The likely path for electric vehicles today would include a generation or two of “Plug-in Hybrid Electric Vehicles” (PHEV) or “Extended Range Electric Vehicles” (EREV). Picture a Prius with a plug. This version would include an electric vehicle with allelectric drive that could be charged at home.  It would be driven on battery power first until depleted. Then a small, efficient on-board gas engine would kick in and generate power for the electric motor. Most large automakers now have both EVs and PHEVs in the works. Because of the lack of need for maintenance, replacement parts and oil products, and the extremely long lifespan of an electric motor, the industry would make substantially less money on these cars in the long term. For this reason I believe Detroit would never make this step without enormous consumer or government pressure.

Our nation's dependence on foreign oil is impractical, no matter how much we pay at the pump.  It is dirty and finite. Barack Obama said that by 2012, half of all cars purchased by the federal government will be plug-in hybrids or completely powered by electricity. With the car of the future available now, Detroit needs to rise to the occasion.

[1] from the documentary Who Killed the Electric Car?